The name "Simeon Burnham" is the original artistic name that he chose and when he come in to Brazil The people start calling he, "Simon Brown" then he let like that.

When he come in to Brazil in the border of Roraima Bonfim, there have a Rodeo annually and there was a band playing a rhythm of Bob Marley, then he say that he sing that song and the presenter so glad to know that! At the same time he go to the band take the microphone and start saying: Right now we got a surprise a attraction international from the English Guyana to sing a song of Bob Marley "No Woman No Cry" And the band start playing, all over then one set of man take the microphones and start sing, then was a confusion, and the presenter take the microphone and stopped, the confusion, and the band restart playing and he start singing, and the people start to scream! And vibrate with the music. When he it finished sing he was contracted to do a show with the "Tv channel" "Manchete" In Boa Vista and then, he go to Manaus and knows a Captain Douglas, of a boat that always come down to Belém (PA) And he phone to Wanderley Andrade, a singer of "Brega" from Belém,and he said that there was a Reggae singer from English Guyana, and he said let he come down to Belém, he is my guest.
One of his dreams is have a Roots Reggae Band and Studio, because this is what God need for he to do, His works and sending yours messages to the whole world. But the oppression in this world, and in Brazil is big but God! Is more great than this! He is discriminated with, the three "C"COLOR, COUNTRY AND CULTURE.

ANYWHERE IN THIS WORLD DO, THE WORKS TO THE FATHER OF CREATION.
GOD ALMIGHTY!!! 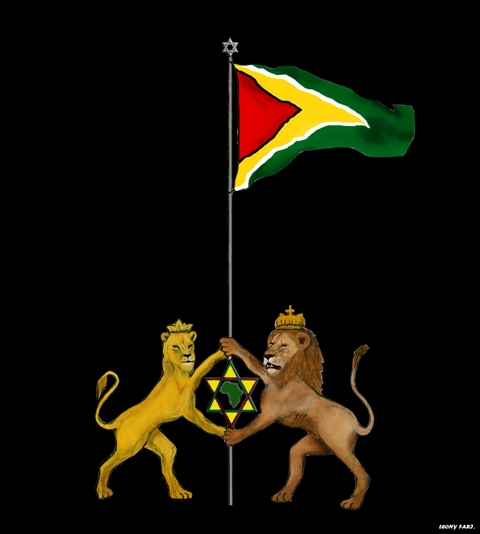 Guyana (full name is Republic of Guyana) is a tropical country situated on the northern coast of South America.
It is the only country in South America where English is the official language. It is bordered by Venezuela on the west, Suriname on the east, Brazil on the south and the Atlantic Ocean on the north.
Guyana has an area of 214,969 sq km (83,000 sq mi), about the size of Great Britain.
The name Guyana is an Amerindian word meaning Land Of Many Waters. 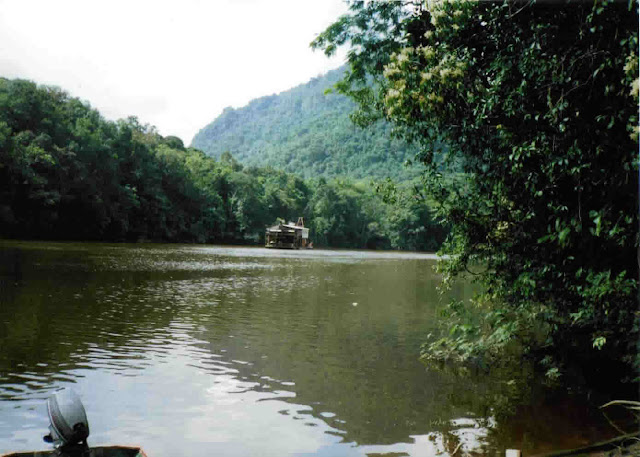 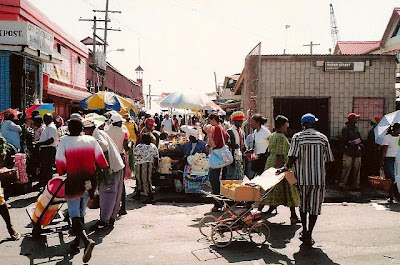 We are known as the country of Six People- Africans, Amerindians, Chinese, East Indians, Europeans and Portuguese.
Guyana is notably famous for Kaieteur Falls, which is situated on the Potaro River, where that river falls off the Pakaraima Plateau. 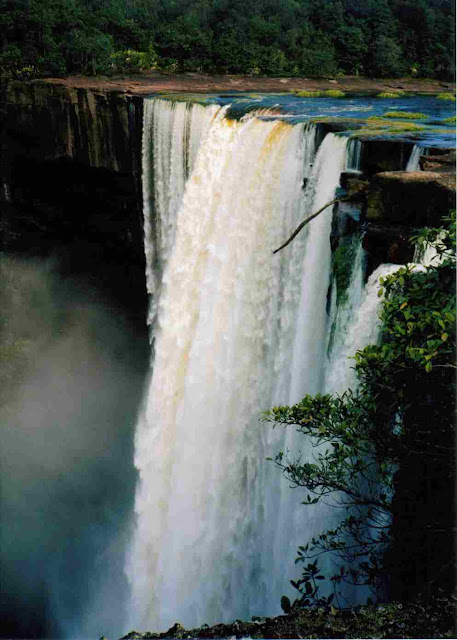 Kaieteur is one of the highest waterfalls in the world, being nearly five times as high as the Niagara Falls in North America. Our Falls have a clear drop of 741 feet, then a further drop of 81 feet over the great rocks at the bottom. Kaieteur was discovered in 1870 by C. Barrington Brown, who also discovered Orinduik and Kuribrong Falls. The name Kaieteur is an Amerindian word, and the falls should properly be called Kai-Tuk. Georgetown being the chief port and capital is situated on the right bank of the Demerara River estuary. In Georgetown, familiar landmarks include the lively Stabroek Market, the sea-wall and the Anglican cathedral of St George, the tallest wooden building in the world. 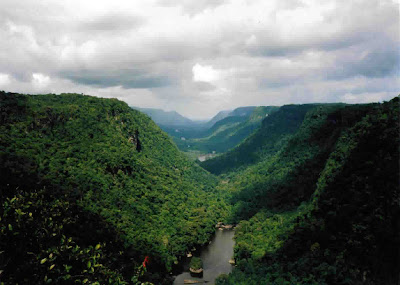 Guyana has three major geographical regions. A belt of alluvial soil, mostly below sea level, borders the coast in the north and is protected by dams and dikes. To the south, dense forest covers four-fifths of the country. The plants and trees of Guyana are noted for their great size; the giant water lily is very common. The forest extends to interior highlands. Several rivers flow from south to north, forming spectacular waterfalls. The country has important mineral deposits of bauxite, manganese, and gold. Dense forests contain greenheart and mora trees, which are used in the lumber industry. Animals include anteaters, monkeys, and brilliantly colored birds and insects. 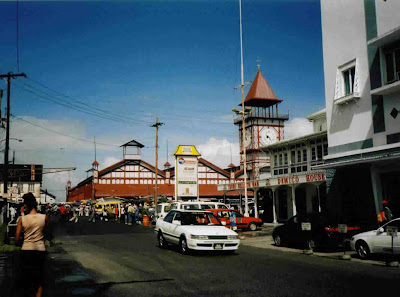 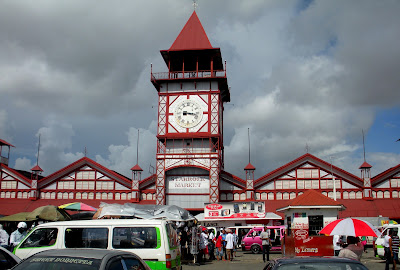 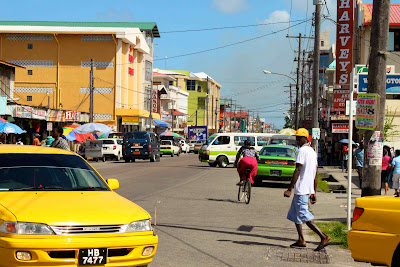 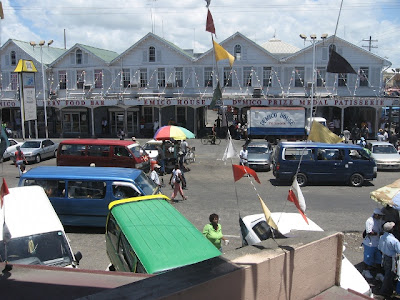 THIS  IS THE NEW ROOTS CD OF SIMEON BROWN! 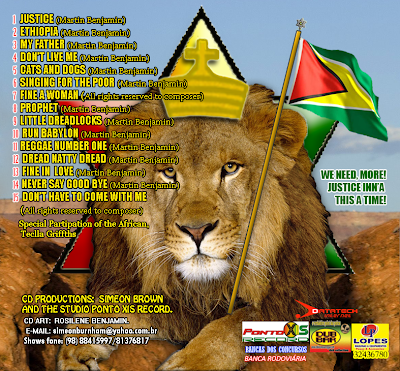 SIMEON BURNHAM (SIMON BROWN)
Bartica, Guyana
In 04/05/1967 is born in Guyana, "Martin Benjamin" (Simeon Burnham, in Brazil, Simon Brown) He start sing Dancehall and Reggae, since he was a child. Reggae music was the rhythm that he always loved. Especially the Message of the original Reggae, and the Roots and Culture of the "Reggae Music" He identified himself with the African originality, in the "Drum and Bass" and the Heart Beat "Do Good, Do Good" SIMEON BURNHAM (SIMON BROWN) IS ONE OF THE GREATS SINGER, COMPOSER AND PRODUCER OF REGGAE MUSIC OF THE WORLD. He working in Brazil in His career, about ten years, in this time playing many Hits, all over Brazil that play Reggae Music. Today He have a Studio "Ponto Xis Record" In São Luis(MA) Brazil, Producing Electronic Reggae Music. But He dreams really, is to have a "Roots Band" "That is what, GOD! Need I do, sending His message to the Whole World" "Iam from the Root of Reggae! I Love Roots Reggae" REGGAE, ROOTS AND CULTURE. JAH LIVE!!!

Files of the blog